This Time Will Be Different 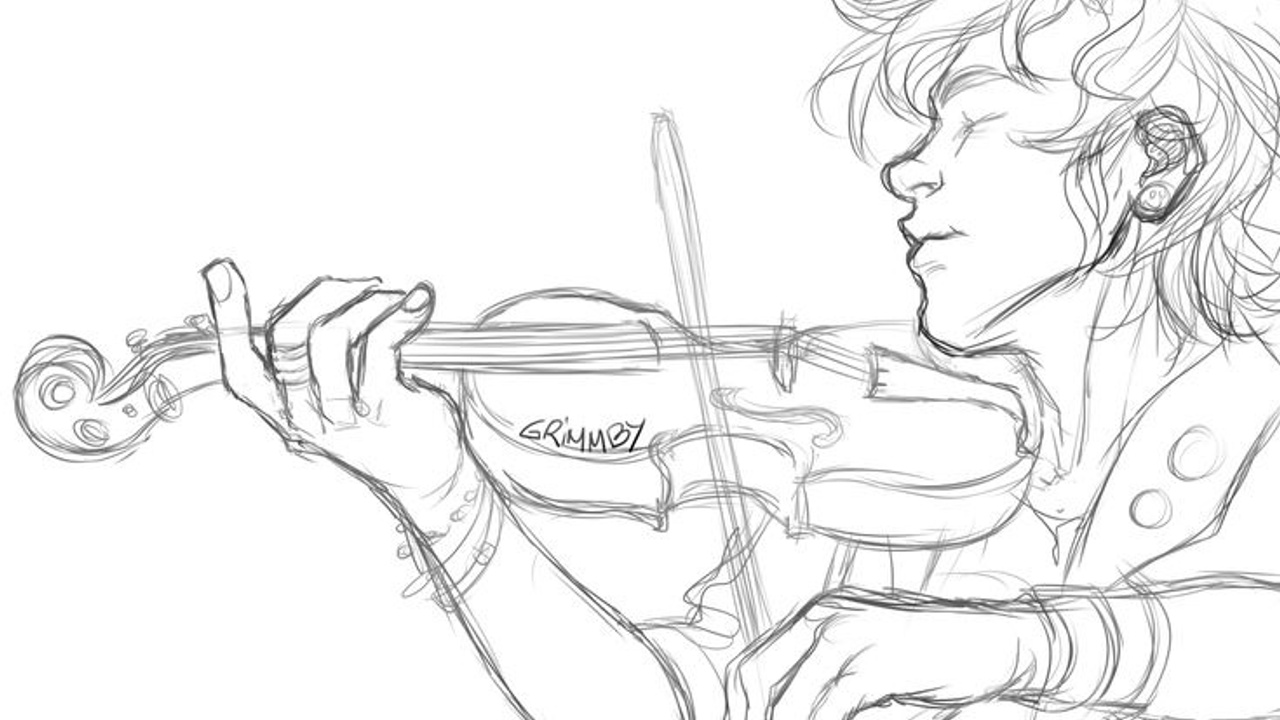 The autumn breeze whooshed through the trees, creating bountiful piles of crispy, orange leaves along the sidewalk. I stepped in an especially large pile, producing a satisfying “crunch.” My dad sighed and said in a gruff tone, “Don’t ruin your performance shoes.”

I quickly glanced down, realizing I wasn’t sporting my normal Nike sneakers, and stopped, carefully shifting my violin case over my shoulder and sighing. “Sorry, Dad.”

He shook his head, and then quickly changed the topic, clapping me on the back, and asking, “You nervous for the competition?”

I frowned, eyes shifting towards the sidewalk as I set my sights on a single brown leaf, delicate, crisp, and dead. However, I quickly snapped out of my trance and shyly muttered, “Yes.” There was much reason to be nervous, as my difficult piece, Symphonie Espagnole by Edouard Lalo, was going to be utterly ruined by my horrendous playing. However, I tried to calm down, as I began to feel butterflies forming in my stomach. I strode up to the front door of UBC Church, the competition host, and opened it with a deep, releasing sigh. My dad trailed behind me, avidly taking pictures of the mural-covered walls depicting images of Jesus Christ and his followers.

Walking into the competition area, large tables containing overflowing piles of snacks such as chips, sweets, and even five large pizzas drew attention from many competitors, who swarmed the area with plates filled to the brim with goods. However, even thinking about consuming even a morsel of food made my stomach queasy, so I quickly backed away, erasing all thoughts of hunger or food.

Making my way through the crowd, an attendance caller suddenly approached me with a list of names, asking for a signature. I quickly signed the form in my awkward cursive and scanned the list for my playing time. 10:30 am. I checked a clock on the wall, which read: “10:10.” I had twenty minutes to practice and was quickly guided to an upstairs practice room by a coordinator, a smiling old man with a heavy Filipino accent.

Entering the room, I began sweating, with my hands barely able to grasp my thin bow. I quickly attempted to steel my nerves and began practicing the rough spots of my piece, which realistically speaking, whereas everywhere. Before I knew it, my time had come, and a different coordinator, this time a young woman, escorted me into the playing hall. Another boy on stage was playing a piece, and his breathtaking sound made me extremely nervous. How could I compete against this? As he finished the finale of his beautiful piece, a judge called out in a crisp voice, “Jason Sha?”

I panicked, and my mind began racing. What has just happened? Is it my violin or my bow hand? I quickly attempted to settle my nerves and began instilling my mind with positive thoughts, and continued the piece. However, the negative thoughts came back to bite. This was something I had experienced before. The stark feeling of the inability to achieve. This phenomenon had occurred to me during tests, writing assignments, and even simple activities such as cooking. It slowly chipped away at my inner, most secretive place, and weakened everything else along with it. However, this time would be different. Bit by bit, my confidence began to increase, and as I reached the climax of the piece, my nervousness had faded away. With the piece nearing the end, I concentrated my energy on the explosion of the last note, ending in a resounding sound that echoed and reverberated in the room. I quickly bowed, wiping a bit of sweat from my hands, and after exiting the stage, grinned at my dad. He grinned back, and at that moment, the only thought I had was I did it.