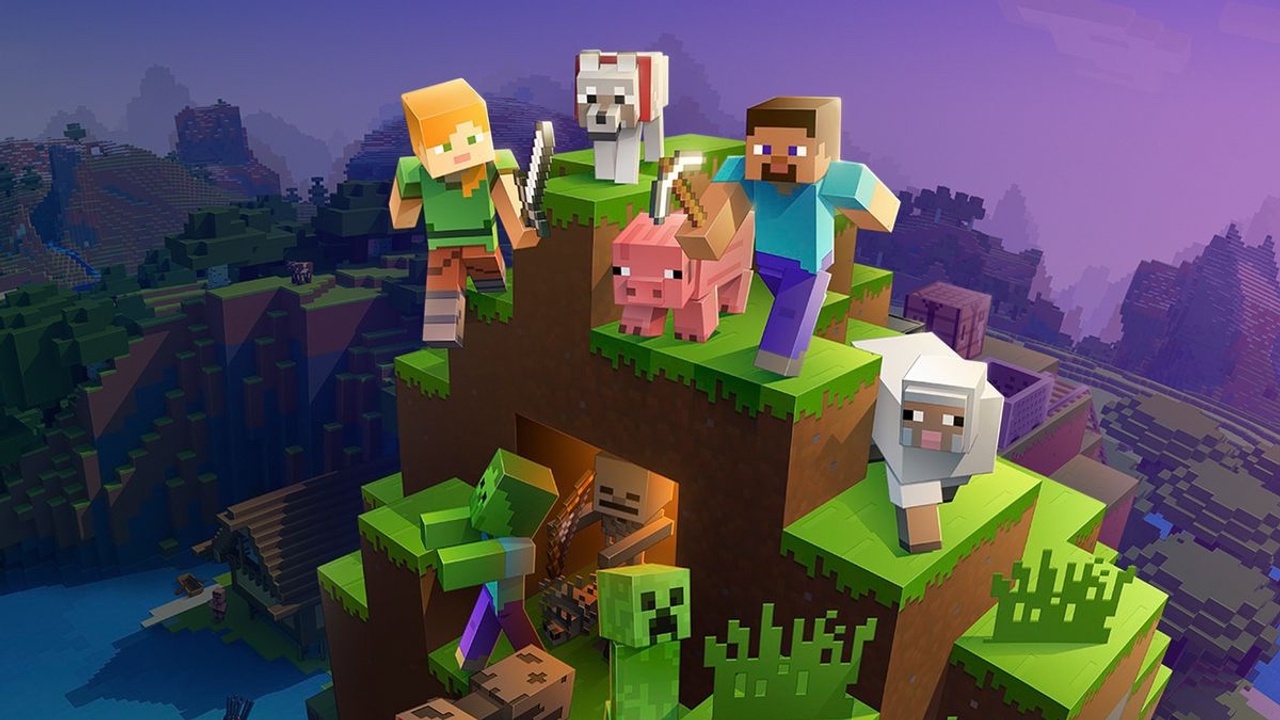 If someone asked me what the best video game is, I would say Minecraft. This is because players have no limitation in what they can do with it. They can build, survive, compete in contests, and interact with other players. As a bonus, it teaches players patience and creativity. I started playing when I was eight years old, but I didn't play much, so the app was pretty much just sitting in the back of my i-pad. When I did, however, my builds were simple, ugly, and extremely basic. I would always build a small, square box made out of any green blocks that I could find (green is my favorite color). Although it sounds like a good idea to use all sorts of blocks with the same color, this doesn't really work. The blocks, while having the same colors, had completely different textures that blend horribly. For example, some had thick outlines that were okay as floors, but I placed them on walls. Even worse, there were blocks with small flecks of green that weren't even building blocks at all.

At first, my buildings looked fine to me. However, when I saw other people's "worlds" (or individual universes), it was obvious that theirs were far more developed. Consequently, I would stop visiting my worlds as often, and abandon them for new ones. I would simply wander around aimlessly after my houses were built, because I didn't know what else to do. As a result, I was always disappointed at the outcome of each one. When I was thinking about my builds, I would imagine building big, detailed structures, but in reality they were little more than small green boxes. It seemed that I simply couldn't incorporate plans in my head to the game. My frustration finally reached a breaking point a few months later, and I quit Minecraft.

Although I searched desperately to find a new game to play, I found nothing even remotely close to Minecraft, and decided to retry it. I improved my new building style with some minor adjustments– for example, relocating buildings to big trees. I finally learned to use building blocks that look better and blend well with others at about age ten. It was a big breakthrough, and I could instantly tell how bad my old builds looked compared to the new ones.

At about eleven, I decided to build a gigantic castle. It incorporated numerous techniques of Minecraft building, like adding depth, detailing, and terraforming. However, I still lacked patience, and stopped working on the castle before it was even half-built. The castle was just so big in scale, it was simply too daunting of a prospect to build it into what I had in mind. A few additional months of Minecraft-induced boredom later, I ditched it again.

It was within this time period that I started getting interested in building in real life. I found myself constantly making gadgets and machines-with varying degrees of success. A few of the things that I built were a model airplane, a crossbow, and a string activated nerf gun turret that fired when the door in my room opened (my first test subject was my dad). I would watch a lot of videos of real engineers building things, and found them all very interesting. It was satisfying when my inventions worked out, and a good learning opportunity when they didn't. Then I realized that this was the exact mentality that I needed to bring to Minecraft to accomplish my goals. I tried Minecraft yet again with this new mindset.

This time, I was twelve, and was sufficiently advanced at designing buildings because of my real life experiences. I started selecting a theme for my builds, like evil, pirate, medieval, modern, or magical. I learned which block combinations looked best, and some other useful mechanics like powering things with redstone (which is like Minecraft's electricity). This was when I remembered my old, unfinished castle. I decided that although it looked good, there were too many things that could be improved to justify keeping it. So, I started from scratch, this time going for a magical, evil mix, with dark-shaded wood, and both black and STANDARD stones. I messed with the roof shapes, windows, walls, and floors, eventually settling on one for each. The castle had a big wall with four spires on each corner and a big spire in the middle. I felt accomplished that my castle had finally been built. It was for once exactly what I had in my head, and it was so good, I decided to build a small, yet well-populated village next to it.

With my new accomplishment, I decided that I was skilled enough to move on from Creative to a harder mode of Minecraft, which is called Survival– a gamemode where you have to collect all your resources, and are prone to dying, as opposed to Creative's infinite resources and invulnerability. I started another world in that mode. It turns out I was right about my readiness to play Survival. My knowledge of the game and building skills allowed me to thrive, even without the infinite resources that Creative gave. I gradually built my Survival world into an expansive, well-built place. I'd come a long way from my dinghy mini-houses. I was now an experienced Minecrafter, and played with my friends a lot. It was very fun, and we became much better friends because of it. My worlds kept growing as we learned more and more about it. We altered the terrain, built new buildings and establishments, dueled each other, had mock wars, played pranks, and generally had fun on the server. As a result of playing Minecraft, I have learned to use patience, creativity, and perseverance in everything that I do.