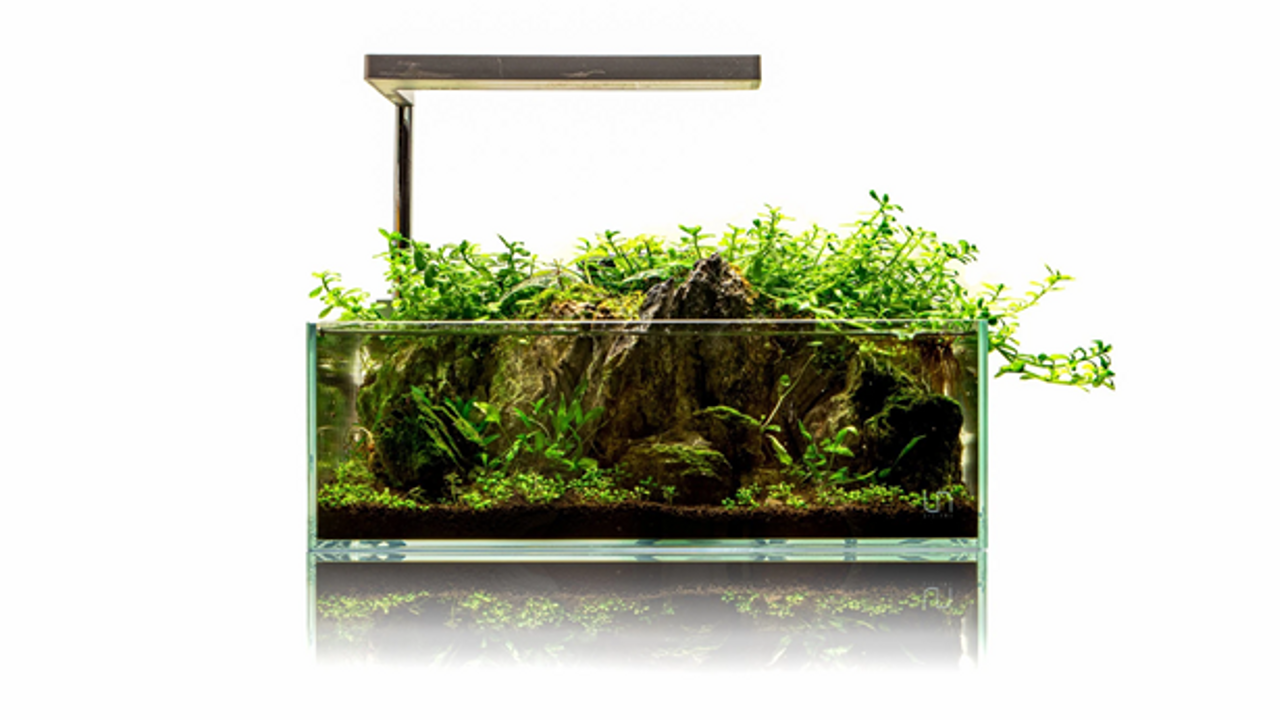 About a year ago, I started watching a YouTuber named ‘Floo the FlowerHorn.’ His channel was based around creating a naturally self-sufficient fish tank. I immediately was hooked. I watched every video, and immediately started saving money to purchase my own tank and supplies. Finally after a few months, and some grandparents’ birthday presents, I had enough money to purchase the supplies for the fish tank, and I went all out!

I got the highest quality fish tank, the nicest heater, the nicest filter, and the best live plants. When I finally got the supplies, I began setting up the tank. At first, I poured in the soil and then started pouring in the water with a large pitcher. Once the tank was full, I let it sit for a few days so as to build beneficial bacteria. However, after about a week I got very impatient, and decided to put in the plants. A few days after putting the plants in, I could see their roots taking to the soil, as they began to grow steadily greener and larger.

A week or so later, I decided it was time to get some creatures for the fish tank. The man in the video used primarily shrimp, because they were more interesting than fish, and were better for keeping a self-sufficient tank. I went online and bought three diamond blue shrimp. When they were delivered, I immediately put them into the tank, and watched them swim and hide, feeling a pinch of  worry that they would not be happy with the tank. To my pleasure they seemed happy, swimming through the thriving live plants and eating algae off the glass, but then I noticed that they kept swimming towards the top of the tank, and hanging out near the filter. Originally I thought they were just trying to get at the algae, but after a few days it started to seem a bit odd. After searching the web, hands shaking in worry that I wouldn’t find anything, I discovered someone that mentioned that it was most likely a lack of oxygen in the tank. I freaked out, – I was in no way prepared to deal with this problem. I was broke so there was no way I could buy the supplies to deal with this problem. The next day, one of the shrimp died, and although I claimed I had no attachment to them, I did feel responsible for the shrimp I had secretly come to care about. Thankfully I eventually found a solution to the lack of oxygen in the tank, and the shrimp continued their cheery lives of eating and swimming. After about a week, seeing their consistent enjoyment of the tank, and knowing I had played it safe by only buying 3 of them,  I decided it was time to buy some more shrimp. This time, I spent every penny I could come up with, and bought about 10 shrimp around ($100 dollars worth of them).  When they arrived, I immediately put them into the tank. The new shrimp seemed happy to be in the thriving tank, and the old shrimp seemed to enjoy having some new friends to play with.

After a week or so, I noticed how happy they were, and began gaining confidence in their survival. I went to sleep each night trusting that I would see them healthy in the morning. One day, after gaining complete confidence in their survival I decided to feed them a banana piece, a meal I often saw the YouTuber feed them. However I made the mistake of boiling the banana, a task he often did with other food, although I had never seen him do so with  bananas. That night, I nervously looked in the tank to see if they were happy, and while some of them were eating it, it was fewer than I thought. I passed this off as them just not being hungry. The next morning I came down, excited to see the many shrimp swimming happily around, however when I turned on the tank light, I saw that the water had been completely filled with banana dust. Devastatingly, all but four shrimp had died. I was enraged that they had died. I swore I had done everything right, from testing the water, to keeping the filter clean, but this one mistake of feeding them boiled bananas had killed nearly all of them. Through my clenched fist and worry that they would all die, I quickly removed the dead and surviving shrimp in the hopes of salvaging the tank. I tearfully threw out the dead shrimp, and changed the nasty water in the fish tank. Somehow I was able to salvage the tank and keep the remaining shrimp alive. However, after all of this, I could not pay attention to, or even think about, the shrimp; I was constantly worried they would be dead when I saw them. I was so stressed and devastated, it hurt to even see the now deadly waters of the tank. I  purposely avoided looking at it knowing the amount of stress it would cause me. I was unable to even trust that if I helped the shrimp I wouldn’t be negatively impacting them in some way. After about a month, I was able to go look at the remaining shrimp, and to my great surprise they were absolutely thriving. The plants were colorful and growing, and the shrimp were growing and swimming from plant to plant eating whatever algae they could find. This was extremely odd to me because while my mom had been feeding them, no one had been testing the water quality or even temperature. Amazingly, the tank, and the shrimp had completely recovered on their own, requiring only the occasional spinach leaf to stay happy. I was fascinated and a bit disheartened that they recovered on their own without my help. Despite my trust in their survival, I still have not lost the little ping of worry I get each time I look at the shrimp. Thankfully, they have continued their success without me and are still swimming around, eating their algae and Spinach.