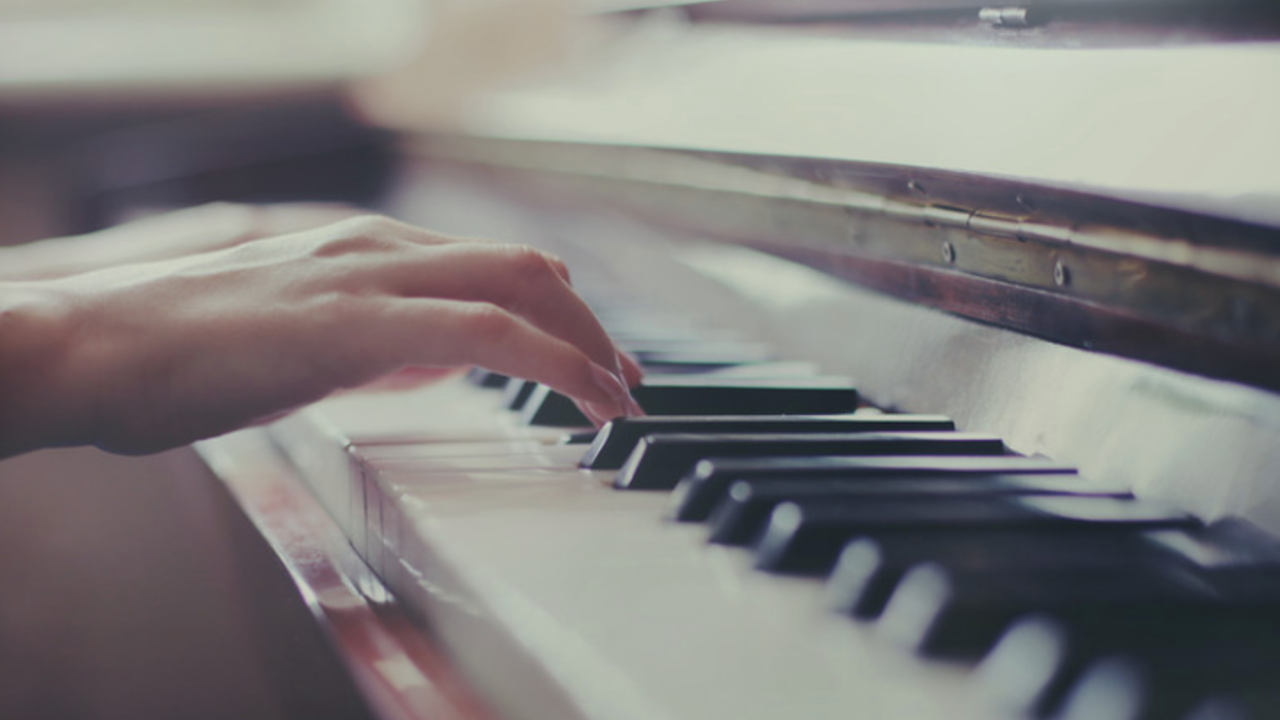 By Hannah
Our piano studio has two recitals every year. One is in the summer, in June, and one is in the winter, in December. The June recital is at a place in Westminster Choir College, called Bristol Chapel. That place is huge, with over 150 seats, and a balcony with around 20 seats on top. On a summer afternoon, with the sun shining into the building, Bristol Chapel’s inside looks really pretty, like light shining through colored glass. The winter recital’s place is also pretty, but it’s not as big. This place is called Williamson Hall, also in the Westminster Choir College. The small section that our winter recital takes place in is just a fraction of the whole building. The number of seats in this hall is only around 60, a bit more than a third of the seats in Bristol Chapel. When it nears Christmas, there is a large and fat Christmas tree beside the piano, and fake(at least I think they’re fake) gifts placed on the windowsill.
🎶
The winter recital I went to was the first recital I actually played in since I entered our piano studio. There are fourteen people in the studio, not including the lot of college students. Our teacher teaches kids of all ages. The youngest one, Lillian, is seven. The oldest one, Jennifer or Jaqueline, is seventeen.
When it was my turn to play, I took a bow and a deep breath and began to play my two pieces. I was determined to play well, for myself, my parents, and my teacher. Unfortunately, my hands and legs were shaking as I began to play the first piece. The beginning was decent, but in the middle of the first piece, I did mess up a little bit. I thought I would get stuck, but I didn’t. I just kept on going. When I was done playing, I took another bow and sat down at my seat, next to Alyssa.
I was really worried that my mom was going to yell at me at home, and say I didn’t practice enough when I practiced around 1 ½ to 2 hours a day, which I think is a lot. I was also worried the teacher would say I had to fix more mistakes and when my mom heard that, she would yell at me even more! To calm myself down, I thought, “It’s going to be okay. It’s going to be okay. Calm down. Plus, there’s a reception anyways. You can eat Choco-pie, and drink Fanta. After that, you can play games with the other people.”
🎶
“And now, let’s clap for all the wonderful performers!” The teacher started clapping. Soon everybody else did too. It was the end of the recital! I was looking forward to the reception already, but we still had to get all the food from the lobby of Williamson Hall and walk all the way to where we would have our reception. It was really cold outside, so we quickly hurried in and dropped all our food on a table. All of us performers changed into the clothes we brought. We opened up the containers, and a mixed aroma of sweet, salty, and spice rose into the air and filled our noses. There were also noodles, chicken, regular dumplings, soup dumplings, and a lot more. I drank Fanta, and ate Liang Pi and Chinese hamburgers. There was also tiramisu cake. We didn’t finish it, so my family got to take it home.
We got a little bored, so Effie jumped up and said, “Let’s go exploring!!” So, Effie, Dennis, Lillian, and some other people and I went through a door and up a staircase.
After a bit of walking, we got to a cafeteria. There was a refrigerator with drinks we wanted to get, but the door was locked, and there was a metal grate over it. We were actually skinny enough to squeeze through the gaps between the wall and rectangular plastic plates connected to the sides of the walls. So, the skinniest people, including me, opened the refrigerator and found lots of Snapple and soda. There was also ice cream and popsicles in the freezer. As much as we wanted to take them, we were afraid there were security cameras around the place, so we resisted the urge and left the cafeteria. It was time to go, so we said our goodbyes and left the reception place.