The spark of my golf life 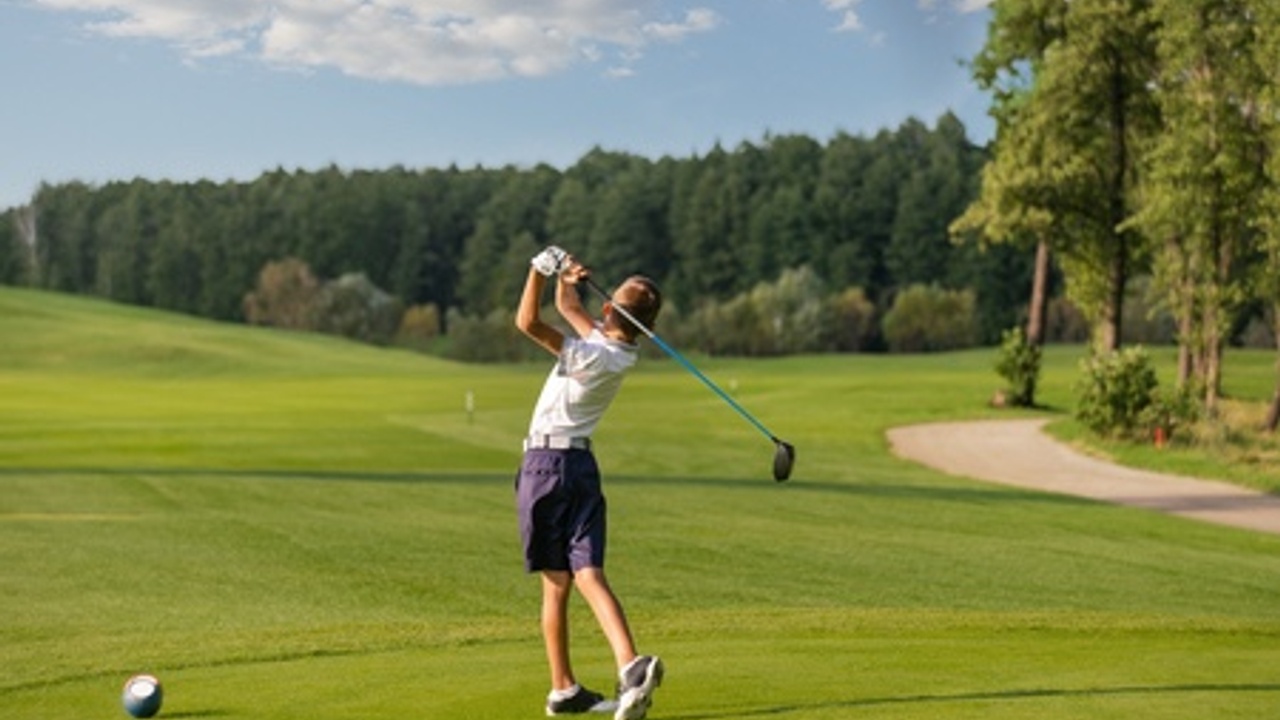 It all changed my golfing life , on vacation in San Francisco on the Fourth of July.  It was the year 2015 or 2016 when I was five or six years old.  It was my mom, dad, and me.  I was so excited and I had no patience and was that sure hard to battle.  I was an eager, curious, energized kid at that time and I wanted to play golf just like how my dad did, but very good he did play indeed whilst I just started but it was always good to learn from mistakes and events.  It was also good for me to take chances while I had the chance to.  I had made the right choice and to take my chances.

Just the night we got to the hotel near the wonderful golf course my dad was to play the next day,  We had a huge dinner and we all had lots of fun chatting and when we were all full.  It tasted so unique I could not stop looking at the food.  When we could not budge a bit after every course I asked my dad something that changed my whole career in golf.

I said in a stern but begging voice, “Daddy, can I go play golf with you tomorrow, Please.”

I was so eager that I was staring at him and tugging him.  Of course, he let me but he wanted to make sure I was up for the challenge.

My dad said in a serious voice, “Are you sure you are ready,  you have not practiced much?”

I shouted with an eager and confident voice back, “Of course,  it will be a piece of cake!”

I said with enthusiasm, “I want to be as great as you at golf and at least experience it.”

I also said, “I promise I will play like you one day.”  in a childish voice.

My dad responded, “You do not need to be like me.  Instead, just have fun.”

I was absolutely wrong with my suggestion to myself.  It was the opposite of anything I had ever imagined.  On the day of the game with my dad, I was in awe of what golf looked like in motion at the golf course.  I saw everyone being calm.  It was so quiet I could hear the waves crashing at the seaside and the smack of hits from Golf Balls. I thought that I would never become so good like that but I knew I had to try.   I practiced at the shooting range and I  had never felt such perfect grass beneath my feet.  It was my first time ever going to a golf course and mostly actually playing golf so I was afraid.

My dad saw my expression and he said, “Just relax, breathe, and become calm.”

I responded with a nervous voice, “I will try,  but I think I will fail.”

When our turn came to go ahead I became like the rest in a calm state and I enjoyed the ride to hole #1 out of 18 holes total. It was then that my dad talked on and on about all the tricks from all the books from the elite golfers he read about where he found all his neat tricks and skills that he now passed onto me.  It was too extraordinary.  I could not think.  My dad and I enjoyed some time sitting on the edge of cliffs.  We enjoyed a nice few minutes breathing in and smelling the fresh salty air and enjoyed the sight of waves crashing into the rocks.  We even experienced seeing rocks fall off the side of the cliff.

My dad said, “Now,  let’s start playing,  you know every trick I know now so go on and take a shot.”

I went on and on through every single step.  I was ready to hit in.  I hit it lightly as dad said and it went farther than I expected!  This went on but my impatience got the better of me.  Many times I hit it badly like in hole #3 through #7.  My close range was even worse.  I was pretty angry but I managed to hold it in.   After a while, I realized that I needed to practice and I was not going to be good the first day.  I went out and I felt refreshed.  It was hole #8 and I now was calm.  I knew that golf was not just by hitting the ball but about your patience, calmness, precision, and much more.

My dad said, “Now you know what golf really is,  good job.”

I said, “Thanks for bringing me along.  I think this will be awesome.”

Golf is now like my safe haven, and it still is my safe place.  It was at hole #9 that I hit my ball way off course into some tall grass.  Tallgrass was a new term my dad taught me.  I meant tall grass. My dad told me to take the ball out since it would be hard to hit, even for pros.  But I was against it and I did not move it.  I was a stubborn kid at that time and that sure affected me but also helped me.

I said in a firm and serious voice, “ I have to follow the golf etiquette and not break them.  I have to be true and honest to the rules dad.

He said, “You are such a good boy.  Even Tiger Woods may have taken it out at his age to yours.”

It was then hole #10 already!  My dad went first and he hit his ball into the water.

I laughed out, “What was that.  You are so experienced so how could you miss!”

He said, “Son,  life is not always perfect and sometimes you do great or horrible like I am doing now.  You never know when it will happen,  even for the best players in the world.  Just Practice.”

It was at hole #18 and it was the finale.  I saw how far the chasm stretched to the green or hole.  My impatience and rushing mood got the better of me.  I had a few tries at the longest flag to shoot from where even my dad could hardly make it.  I was so stubborn as my dad told me to move up.  After that stressful time, I realized all that I had learned and moved as close as I could.  I still could not make it for a few tries so I took a few minutes to rest.  When I was calm,  I used every technique I learned from my dad which was all he knew and I used common sense as well.  I also tried my best to change my bad habits.

Ready, Set, Go!  I hit the ball not too hard and not too light.  I had the perfect stance at the length of my shoulder.  I had the perfect grip.  I moved up slowly and did not overdo it or go with an inside-out shot as my dad called it.  The ball went flying through the air as my dad took the perfect picture of me.  It was so hard to see but as it came down it was as if we saw it say, “Land ahoy!”  We cheered on and on but my dad told me that although that was sure something there is much more to go.  I was so thankful that he brought me that day and changed my life.