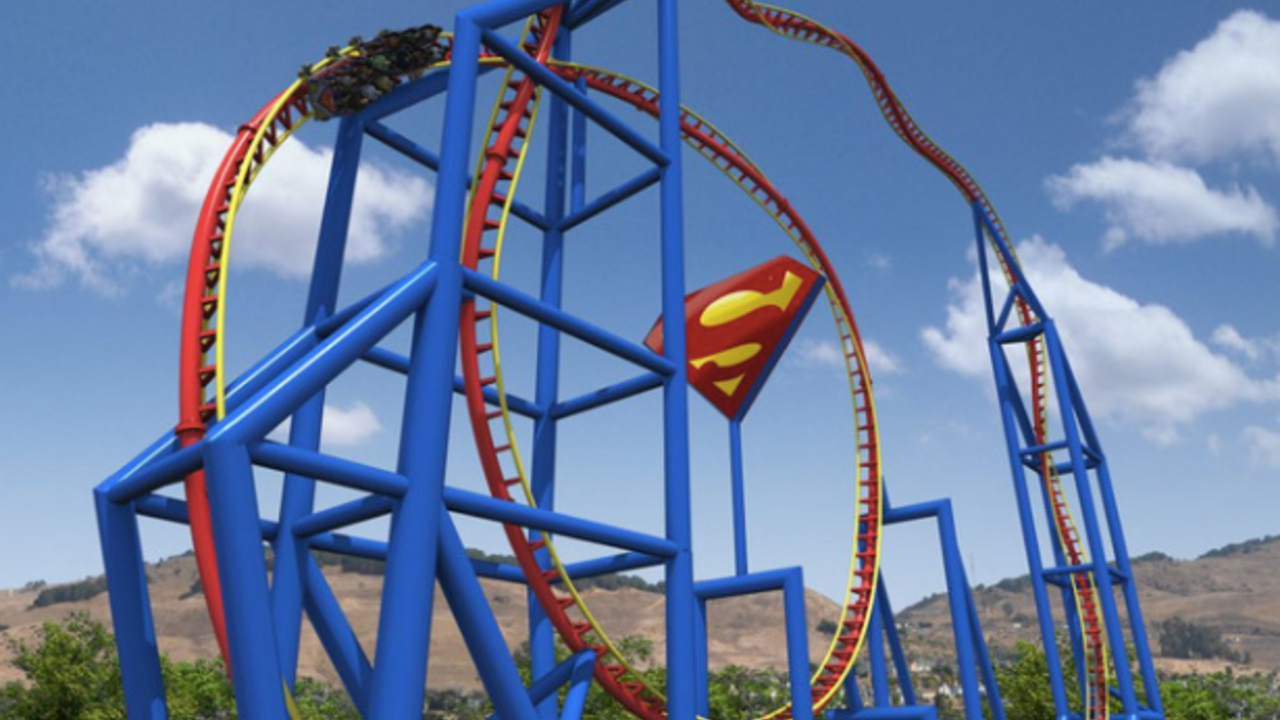 By Sahana Rajkumar
Intro 200
The morning air was filled with excitement, and a cool summer breeze hit my face as we drove towards the towering roller coasters with sharp twists and deadly turns. The smell of freshly buttered popcorn and the ice-cold sodas hit me like a ton of bricks, but the melted cheesy fries already in my hands were the main attraction. I had been eating them ever since we left home (I was rarely allowed to have them, so this was an extra treat). Excitement was building up inside of me ever since I stepped out of the car, and as the cheesy, melted goodness disappeared, we were finally there: Six Flags!
As we walked around scouting for rides, I spotted one called “Superman.” I wanted to get on, but at the same time, I was scared. You see, I had a fear of heights. I was overwhelmed by the prospect of being up so high, so I tried to ignore the ride until I couldn't help it anymore.
“Can we try that ride please?” I said in my sweetest voice, pointing to the roller coaster with bright yellow and green streaks all along the sides. It was a twisted mess of metal, full of drops and flips.
“Sure!” Mom said.
After waiting for about thirty minutes, it was finally our turn. I was terrified. Then, the ride controller pushed down on a bright red button, and we were off! As we climbed higher and higher towards the sky, my eyes were glued shut and my mouth was in a stiff, unhappy line. I can do it! But, when we stopped at the top for a second, I felt my fear of heights realized. My stomach lurched into my throat and then...
“AAAAAAAAAHHHHHHHH!!!”
People around me screamed but not me. I was holding onto the shoulders bars so tightly, I thought I would make a dent.
“Calm down,” I told myself. “You can do it! You can overcome your fears … just don't look down.”
I slowly opened my eyes and peeked down. There was another drop. My first instinct was to glue my eyes shut again. but I decided that enough was enough, and kept them open. Before I knew it, I was screaming – joyfully! After a few flips and turns, I was absolutely loving “Superman”!
I was in the final stretch and the ride was about to stop. Bam! I had slammed into the safety bars. I looked around, embarrassed. No one else seemed to be thrusted forward, but then again I was the youngest by far. We then slowly moved to the exit platform.
“Now that wasn’t so bad, was it?'' asked Mom.
“It was amazing!” I said. Aside from the ending, I thought, as a pain began jabbing into my shoulder.
“Really?” my mom said, “I thought that you would hate it!”
After we got off, my cousins ran up to me, bursting with questions.
“Were you scared? Was it fun? Are you still scared? Can we go on it?”
But Dad realized that I was actually starting to cry. I began sobbing, as the pain of the sudden stop became sharper. We bought some drinks and put some ice on my shoulder.
“That’s karma for being mean to me!” my sister said. We all burst out laughing, and a huge smile broke out on my fact.
“You probably just sprained it,” Mom added, also laughing.
It started to feel better after we went to the water park, but soon, it was time to leave.
“Bye,” I said sadly to my cousins
But the trip was mission accomplished! You did it, I thought. I faced my fear: that anxiety when I was twisting in the air and going through the drops on the roller coaster. I had overcome it all. I had finally overcome my fear of heights.