Sticking to the pieces 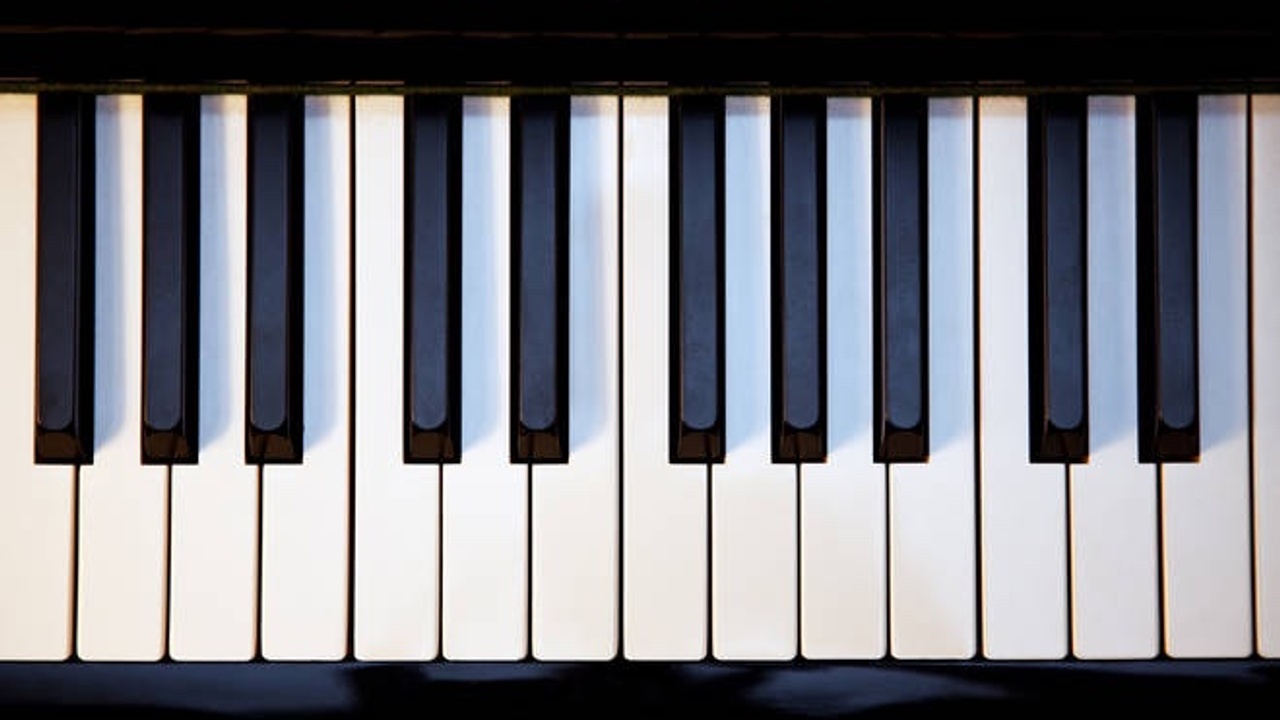 Sometimes the least enjoyable class in school is also the easiest.

In elementary school, everyone’s least favorite class was music. Music seemed unnecessary, and everyone was annoyed to sing the same lullabies every class. Third-grade music class was probably the first time I ever wanted a very hard challenge. I bet I hated music class more deeply than the other students because I already knew everything that was taught even though I was no musical genius.

At the age of four, my mother took me to a music class for beginners at our small local performing arts school. I only took a couple of these music classes, and I enjoyed it mainly because my friend was in the same class. One day my mom told me I would be taking a piano class instead. As I entered the building, the music class had just finished. My close friend told me, “You're late for class.”

“I’m here for piano,” I said in a rude tone for no definite reason. Perhaps I was reluctant to try something completely new, and I didn’t understand what the purpose was. I entered the piano classroom as an absolute beginner wondering what was in store for me. My first piano teacher was a lady with long blond hair, and fingers that were twice as long as a normal person's fingers. She was patient enough to answer my annoying questions. Most of my questions were about the silly illustrations on the piano book for kids. I usually asked questions like “How come that guy is riding an elephant?”

She would always smile to herself and reply with, “I don’t know.”

After the first lesson, my mother said, “Did you enjoy the lesson?”

“Yes,” I said a couple of long moments later, wondering if there was anything else to say. It was only the first lesson, so I couldn’t be very judgemental of the piano yet. The lessons continued, and soon we bought a YAMAHA upright piano. The piano seemed really exciting at first; it was the color of oak, it smelled like aged books, and the wood was very smooth. Later on, practicing the piano seemed tedious, and quickly became boring. I eventually switched teachers and began learning with Miss E. Miss E. quickly became my favorite teacher because she gave me stickers and every ten weeks I would receive a small prize.

There was one thing that was scariest about the piano, and it was the exams. Every year I spent several months preparing for a short forty-minute exam. I knew it was necessary, but I didn’t want to spend months playing the same piece. All of my judges were older ladies with cursive handwriting that was hard to read. I never wanted to use the practice rooms since I felt my fingers covered with sweat, and I felt nervous. From the windows, I could see the practice rooms were filled with neatly aligned electrical upright pianos with headphones. I could see several people practicing each concentrating in their own world, and since I wasn’t able to hear them playing it was a funny scene. It looked like a factory, but the jobs people performed were different. Every time I made a small mistake on sight-reading I would think it was the end of the world. Exams created a mindset for me that nothing else is important at the moment. “It’s normal to be nervous,” everyone told me, although I felt like my nervousness was strange since I thought I didn’t care.

Through the years I never got an exam score underneath outstanding, which is 26/28. After I got my score my stomach would stop spinning, and I would grin with relief. I eyed everyone around me and listened to them announce their scores to their families. This was something I did not because I was competitive, but because I was wondering what the average score people mostly got was. I felt mean, but I secretly smiled in my head when I realized my score was one of the higher ones; even though I didn’t care about the scores of everyone else, knowing that you weren’t the worst is a nice feeling.

Everyone had told me that level five was the scariest since there was a big gap of difficulty from level four to level five. Level five exam scores were also out of a hundred. My exam score was much higher than I expected, a 95/100. My mom would be so proud after I received my score, and buy something special. These were the moments that practicing piano had made me enjoy. Even if I wasn’t the best my practice usually paid off.

My parents knew I wasn’t going to become a pianist, but they pressured me to practice as much as I could. At the end of sixth grade, we began to look for an upgrade. One day after school my mom picked me up, and I was instantly in a good mood because the usual bus ride gave me headaches. She also bought me gifts. I finally understood why she was being so nice because we were going piano shopping. After a couple of hours of looking around, we didn’t find anything. During one vacation in Long Island, we visited a local piano store and ordered a Baby Grand Steinway Model O. I decided I really liked the piano since it was a hundred years old, and rare. The baby grand piano was cool, although this meant I had to stick with the piano longer.

On the day the piano arrived, I examined it. I had seen the inside of baby grands and grand pianos before, but now I had the freedom to study it whenever I wanted.  This piano was a darker oak color, the keys were a light tan color, and the piano smelled like something old and fresh at the same time. We were told to not open it fully, so that dust wouldn’t end up inside. I stared at the new piano with its neat shiny strings. The piano dealer told us that the instrument was over a hundred years old. The thought of owning an object that was manufactured over a century ago pleased me. I felt surprised when I first played a key; it was so loud!  I have to admit that even though practicing piano wasn’t my favorite activity, I fairly enjoyed playing on a nicer piano with a strong sound. If I had to name my favorite part of the piano, it is how versatile it could be. It is a gigantic instrument, so there's a variety of range, whereas an instrument like the violin, in my opinion, is only suitable for high pitches.

Years ago I stopped going to the local performing arts school for piano lessons, so Miss E. came to my house to give lessons. Miss E. told me she got a new job as a music teacher in a different school; this meant she was no longer my piano teacher. Miss E. had been my teacher for years, and now she wasn’t. I was so used to Miss E. that I wondered what it would be like with her as my teacher. No more prizes and stickers. No more casual jokes. I had only a bit of joy because this meant I could stop practicing for a few weeks when we found a new teacher. This teacher was very nice but stricter than Miss E. My theory homework became more advanced. When practicing I played everything a million times, till my pinky started hurting and I was pleased enough with it. If I practiced well, I was usually able to do something else I wanted afterward, and I enjoyed pleasing my mom.

My mom once said a girl one year younger than me practiced six hours a day. “Whoa! How does she have time for anything else?” I asked.

My mom replied, “She probably doesn’t do anything else.”

This news didn’t really affect me anyway; my practice time didn’t increase or decrease. I knew that girl, and saw her a couple of times before; she went to my school district. I wondered what that lifestyle would be like, but couldn’t get anywhere beyond exhausting.

After a few months I began to practice more difficult songs and play them with better interpretation. Understanding that I had to keep practicing piano, I tried a bit harder sometimes. Practicing piano became more enjoyable if I was playing a piece I enjoyed. A couple of my favorites are movements of Beethoven sonatas, Chopin mazurkas, and waltzes. These pieces may not be technically difficult, but the interpretation is everything. When playing these pieces I felt sorrowful and touched, and nothing else would enter my mind. If I were to give up, this work would go to waste.

Once when I was in Vancouver at a bookstore there was a baby grand piano that anyone was allowed to play. At first, I didn’t want to, but my mom urged me. I ended up playing a movement of the Beethoven Sonata Pathetique. I knew this was one of my best songs since I played it for an exam. Right after I finished for a second, a random dude struck a couple of notes on the keys. For a moment I felt very vandalized, and thought, how rude! This thought surprised me; usually, when I was interrupted when practicing by my dad saying it was dinner time, I felt a bit grateful. When practicing at home I wondered what things I could be doing instead, such as watching television, or painting. However, I still disliked that someone interrupted my playing.

My friends at school who didn’t know much about music thought I was very talented. “Impressive,” they said when I was playing the school keyboard with my earbuds in, but my friends took them out of my ears to listen for themselves. I stayed humble, but during music class, they were still convinced I was talented. Even though their opinions weren’t professional I couldn’t help feeling a bit pleased with myself. My friends weren’t completely wrong. My playing wasn’t dreadful, and if I put in more effort I did see improvements.

Occasionally I  wonder what would happen if I told my mother that I hadn't enjoyed the first piano lesson six years ago. I doubt that I will actually quit the piano, and it’s not because my parents won't let me. Instead, I won’t quit because I’ve put a lot of work into piano over the years. Six years ago at my first piano lesson, I knew I wasn't going to become a pianist, and I still don’t have the intention to. The piano sent me on a rollercoaster for always questioning myself on wanting to stop, and why it wasn’t my favorite activity. I enjoy the moments when I play my favorite songs and make my mom cheerful. After I finish all the exams I need to take in a couple of years, I believe I will stick to playing the piano just for myself.