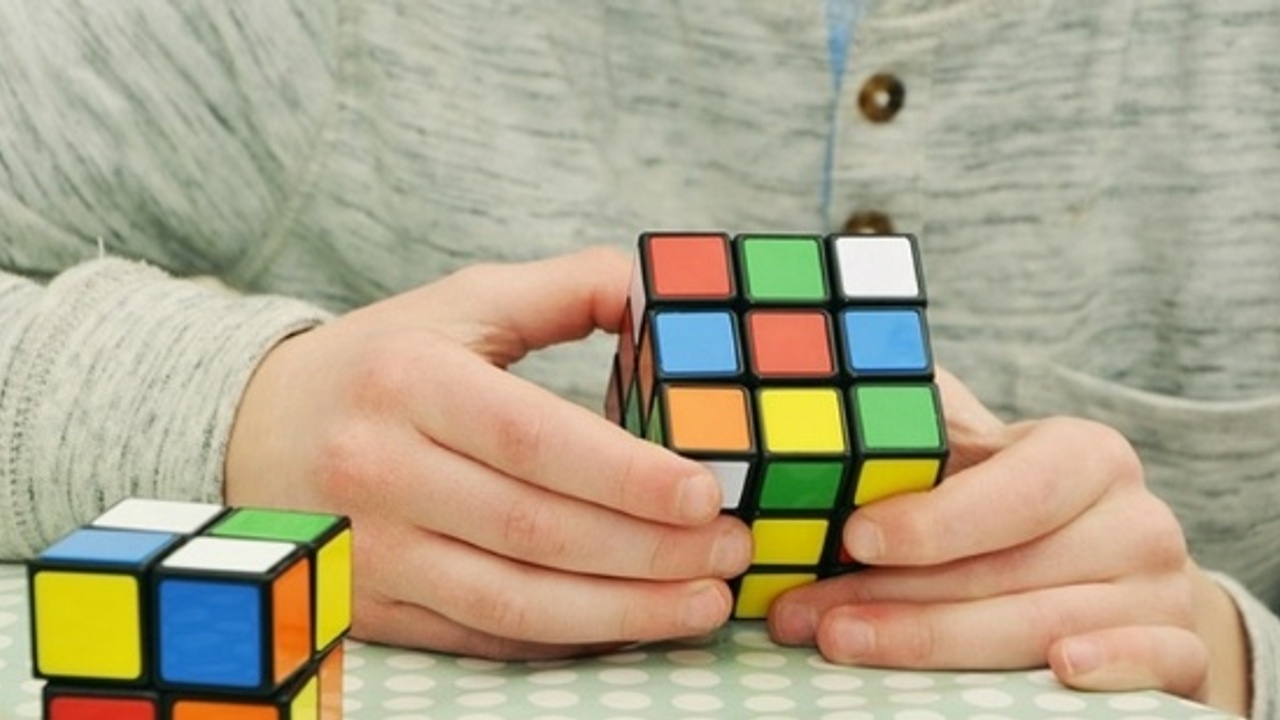 Have you ever had a time where you felt like you just wanted to give up and never do something again in your life? Well, for me, that time was when I was solving my Rubik's cube. It was a bright sunny morning when I woke up that day. I glanced at the clock and it read: 6:00 am. Thought that was particularly early for me, because I usually like to sleep in a lot on weekends. But today, I had a plan in mind. I really wanted to solve my Rubik’s cube. On Christmas, my uncle gave me a really cool Rubik’s cube that was supposed to be very fast. I was excited because this Rubix cube was made in Taiwan. Ever since I got it, I had kept it for decoration because I showed no interest in it. But then after a month or two I’ve always wanted to solve it. I’d never really touched my Rubik’s cube, cause I thought it wouldn’t really mean anything if I did solve it. My sister, who usually always sleeps in no matter what, was still asleep as usual, so I thought this was the perfect chance I could do something by myself without getting interrupted. I crept downstairs to snatch my computer before anyone woke up to stop me from using it early in the morning.

I pulled up Youtube, and I searched up my topic. After scrolling through some videos, I found a perfect one and clicked into it almost immediately. I wanted to get this over with soon so that I could teach my little sister, Chloe, whether she wanted to or not. (I guess that’s a bit mean but still.) I slipped on my headphones and clicked the “play” button eagerly. At first, the video started talking about the different angles, and all that boring stuff, so I skipped ahead to when the person started doing the steps. I mixed up my Rubik's cube and followed along.

But before long, I messed up and instantly started over. Probably just a quick mistake. Nothing big, I thought. But I was wrong. After two long, tiring hours, I felt like giving up. I tried looking for an easier video, but the one I was watching was the easiest to follow right then. How come there are no other easy videos? I sighed as I continued to watch the rest. I made sure to go back and rewatch parts that I missed. By now my sister had already woken up and was brushing her teeth. I could hear my mom cooking breakfast. UGH! Why did I think I would be able to do this so fast?! I calmed down and kept on following the steps. It was so frustrating!! I thought about giving up once again, but I decided that wouldn’t be worth all the time I spent. Like, why would I waste two hours of my life for nothing?! I refused to be that kind of person. There was NO WAY I was going to give up so fast. But after thirty more minutes, I started thinking about the giving up option again. But again, I wouldn’t let that happen. I continued to work on it until I got to the last step, where you had to do a really hard and long move and the cube would kinda get all mixed up again. YES!! I thought. I’ll quickly finish this and I’ll be DONE! Boy, was I wrong.

“NO…” I moaned, dropping the cube. How could it be so hard?! I couldn’t believe I messed up ONE simple step! (Okay, fine, it wasn’t really simple but STILL!) And to make matters worse, it was the LAST and final step! “I need a break,” I mumbled, dragging myself to the couch in the corner. My sister looked at me and frowned. “Then maybe you should just give up! Easy!” I just shook my head at her and gave her the, “EASY FOR YOU TO SAY! YOU’RE NOT THE ONE DOING IT!!!” look. She rolled her eyes and walked out of the room. After a few minutes, I sat back up on my bed and rewatched the video. The same thing happened on the last step, where I messed up a turn again. “Ugh, this is the WORST.” I groaned, and closed my computer. “ I GIVE U-” I quickly stopped myself. NO WAY. I opened my computer and started once again. The samething happened again. “I must be missing a step or something.” I said, clicking back. “Okay, let’s see here...”

I turned my cube up, down, to the side twice, then up again, side, right, and pretty soon, I was on the last step again.

“Okay, this time I’m gonna be really careful not to mess up… one turn here, one turn there, and… DONE!” I yelled, a huge smile spreading across my face. I flopped on the bed, feeling extra happy. I shut my computer and told my sister the great news. “Nice,” she told me, with a bored and tired look on her face, and then slowly dragged herself downstairs. I didn’t even care if she was happy for me or not. All I cared about was that I accomplished something HUGE today. I didn't give up, and I kept trying. A huge smile stayed with me for the rest of the day as well as a happy mood that lasted.