Scared of the Waterslide 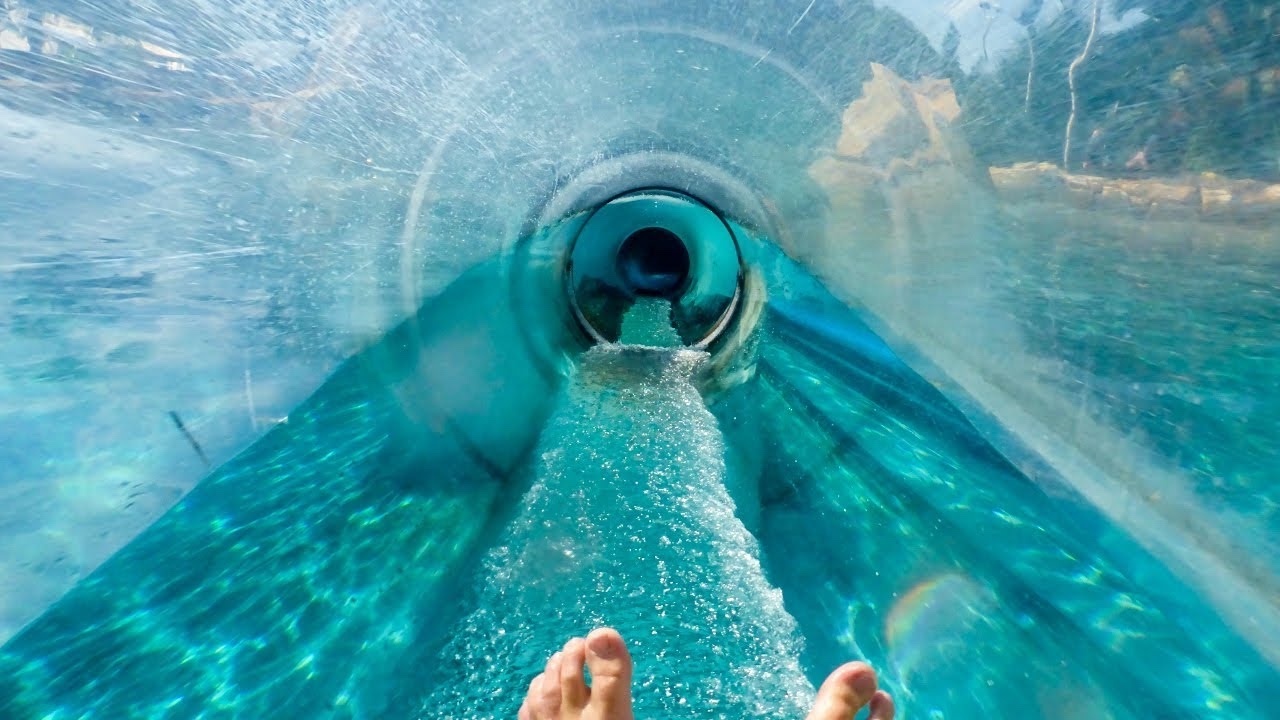 Last year, I went to Sea World. There were lots of water slides. I walked around for a while, and eventuallyI stopped and looked around. People were having fun and I saw a unique slide that made the group of people inside its tube go side to side like a swing. Out of all of the slides, I chose that one. I wanted to go down thatslide because of how high the people went when they were going side-to-side, but my sister wanted me to go with her down the slide she had chosen. The slide had a whirl and I listened to the people riding it. They started screaming with joy and happiness when they got sucked into the dark. I was trembling and felt shaky, and my hands were all moist and frozen.

When I saw the number of people in line, I felt queasy. I stood in line looking up and down at the other people and hoped no one saw how scared I was. Time went by, ticking faster than usual while I was waiting. I stopped breathing. My heart was pounding, and I felt the pain inside. Id was horrified by the darkness because I couldn't see a single thing. I was getting closer to the top one step at a time. The steps made creaky noises because of the number of people on them.. Every step I took up the stairs was very gentle and peacefully quiet because I didn’t want attention drawn to myself. I would watch the people who went up the stairs and made creaky noises with every step they took.

At the top, the lifeguard was waiting for me to go. People got really impatient and started tapping their feet on the floor. As they were waiting I saw how fast the water was going down like a tsunami taking over a whole city, but this time it was water taking away my bravery. I went into the two-person tube with my sister already inside, taking one step and then another. It was the moment I was not ready for, which was to get pushed down the slide into a crazy world of lollipop swirls.

My hands were tight inside the tube and I was ready. I went down the slide and saw a dark pitch black sight like a nightmare had just haunted me in terror. The water was gushing down the slide and crashing against its walls. The tips of my fingers were running through the flowing water, and they got all soggy and baggy. In the middle part of the slide, I saw a bright light flash before my eyes as if a new world had just begun. I was in the swirl that made me go around and around. Then it got dark again, and I didn't move a single body part at all until it was over. When I got out I realized I hadn’t been harmed or in pain throughout the ride.

I rode the slide over and over again, but every time I rode it, I gained confidence, little by little. I was waiting in line as it took forever for me to ride again. I rode the water slide about three times, and the last one was without my sister. My parents took pictures and videos of me and my sister to remember the experience we had at the water park. I eventually got bored because my legs got weak and they busted open like a bottle cap flying in the air.