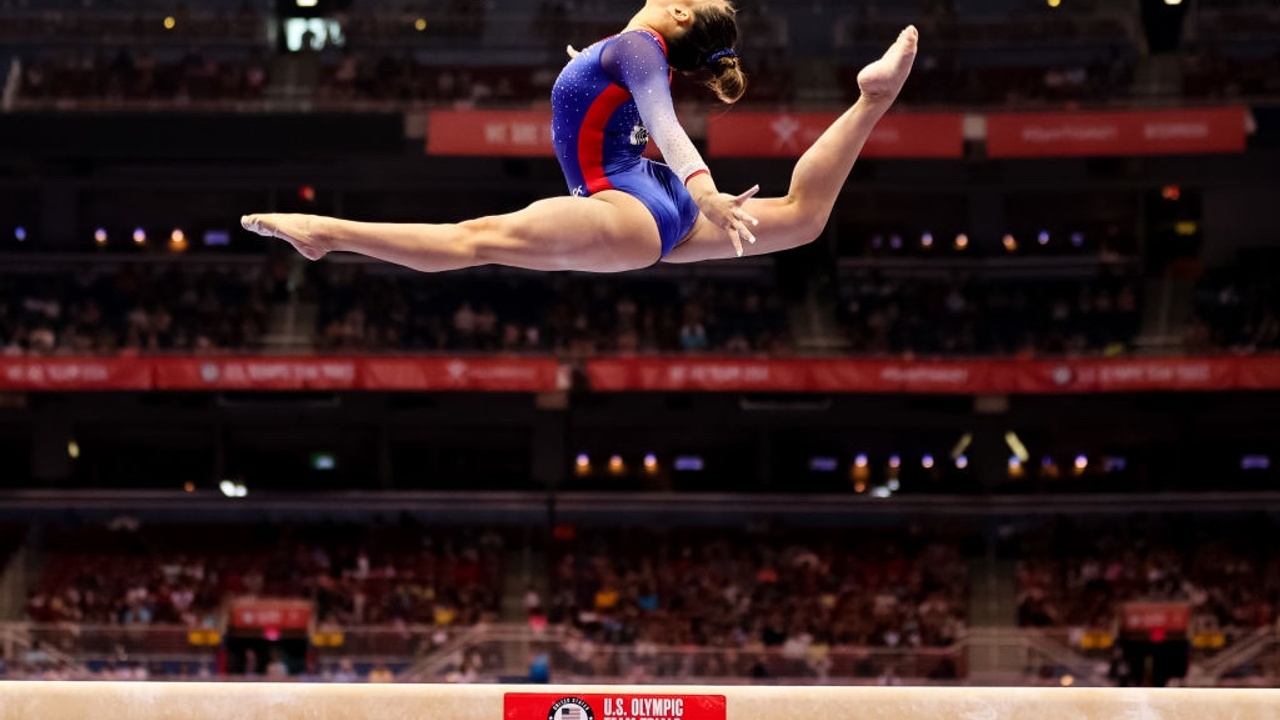 It wasn’t that I didn’t want to go compete - I had perfected my routines, bought a glorious leotard, and even sat on a smelly car that made me dizzy for five hours just to drive to Orlando, Florida - I just had this queasiness, like butterflies were in my stomach, and I had goosebumps all over my arms. The worst part of it all is I had not even competed yet! It was the day before my first ever competition, which was a really big thing for me.

It was getting late, while my mom and I were getting settled down in our hotel room; the quality was surprisingly pretty good, contrary to all the books I’ve read about haunted hotels with ghosts stalking you.

As I was lying in bed, I kept thinking, or in better words, stressing over the next day. Would I do well and get a medal or would I flunk my routine like getting an F- on a test?

“Mama? Do you think I will do good or bad tomorrow?” I said.

“You should never think about the results of something, you should only think about trying your best. Now go to sleep, or tomorrow you will not have energy!” She replied wisely.

I closed my eyes shut, but the cars driving outside were honking and my thick wool blankets were too hot for me in the summer, obviously not helping at all. I finally started to drift off when I practiced some of the relaxing methods that I learned in the past to sleep.

The next thing I knew, my mom was shaking me trying to wake me up. I glanced at the time on her phone, reading 7:37 A.M. I got up from bed and went to breakfast. Then, my mom did my makeup and I put on my leotard. I stood in the mirror, and I looked so much like an Olympic gymnast! I had a purple, glittery bow that tied my hair into a big bun, and I wore a red, blue, and white long-sleeved leotard with flower patterns on the sleeves and waist.

Two hours had passed like a breeze and it was time for the competition. As we got into the car, the butterflies and the goosebumps came back. I didn’t want to make my leotard all wet, but I started sweating anyway. A minute felt like an eternity as we finally pulled up to the Orlando Cup Gym. There were other girls who all looked beautiful in their makeup and leotards. I assumed they were going to compete against me. As I walked into the building, I saw my two best friends Sophie Zhao and Raelynn Bevis! Sophie had dark black hair in two buns on the sides of her head, with a glorious red and white butterfly patterned leotard. Raelynn had orange hair with a green scrunchie that had crystals embedded on it, holding a ponytail bun in place, and matched with a short-sleeved bright green leotard.

Once we walked to the competition area, I noticed that there were two floors beside one another with a red curtain separating the two. One was for competing and one was for warming up and practicing. Three judges were lining up and getting ready to judge and score us. I looked at a judge with reddish-brown hair, and she glared at me with a wicked look on her face. Luckily, my teacher, Mrs. Mayela was waiting for us, holding a clipboard and smiling.

Sophie, Realynn, and I all warmed up together and I forgot all about my nervousness and queasiness. We took pictures and encouraged each other until Raelynn was next on the list. After that was Sophie, and last was me.

Suddenly, Raelynn heard her name being called by a Bbritish-like accent, and she froze. She was so frozen that people could probably mistake her for a statue. I knew I had to calm her down, but I was still in shock. I didn’t know what to do. Luckily, Mrs. Mayela was there to help Raelynn and she was saluting and walking to her place. I wowed her whenever she did or caught the apparatus, even though I had seen it several times when we practiced together. I cheered her on and even clapped at the end of her routine. I knew she was going to get a high score. Raelynn walked back to the warming up floor looking very happy.

“NEXT, SOPHIE ZHAO!” Said the person holding the megaphone.

Mrs. Mayela and Sophie were already ready and they were preparing for this moment. Sophie had always been the leader in the group, so I knew she would have no problem acing her routine.

I was thankful I was last on the list because I did not want to be the first ones to compete. That would be just pure bad luck. The judge who had glared at me was still sitting and scoring. God, I wished that she’d dissipate into thin air and switch into a nicer judge just as it was my turn. In that way, I didn’t have to worry about a harsh judge. I really wanted to win a medal, or at least have someone congratulate me even if I didn’t get one.

My hands were sweating and I felt like I had just run a 100-mile marathon. I saluted like I had practiced and tried to smile. I took a deep breath and quickly went over all the things I had learned just for this competition. When the music started, I started to do my routine as memorized. I did a side split balance and held it for three seconds in relevae. (Relevae is  where you raise one of your feet so only the ball of the foot touches the ground.) My teammates cheered me on. All was going very well until I did my last throw with the hoop. My hands slipped and it went across the floor! I ran after it, knowing that if I didn’t catch it, I would fail my routine! The audience was dead silent and my ears blocked out everything. My breath stopped and all I could do was keep running.

I channeled my legs with all the hope I had left. I couldn’t bomb my routine. It would be embarrassing and humiliating especially since these things rarely happen. I felt like I was going in slow motion until I finally caught the hoop! The music was about to end, so I did a front-roll and then did my end pose.

I somehow managed to stay calm after my routine, and when I got back to the warm-up mats, I burst out with happiness and I jumped up and down. My routine had been a success! My mom greeted me with cold icy water and she had a proud look on her face. I did it! The thought bounced around in my brain for a while. I did it! I did it! I did it!

After I settled and calmed down, I watched some of the higher levels compete. I was only in level 5, and the max level was level 10.

At 7 pm, it was time for awards. I was told to go line up in the level five line. Then, the announcer called a girl with a big smile on her face for the first place. Then another for second place. I was getting hopeless until suddenly she called my name for the seventh place! I had gotten a 7.3 on my hoop, 6.8 on my floor, and a 6.5 on my rope routine, which was exceptional, the fact that I had never even competed before! The person gave me three medals, two bronzes, and one silver for each routine. I was ecstatic! I got not only a medal but seventh place in my first competition! After the ceremony, Mrs. Mayela came to congratulate me, and we all took pictures with one another.

The next thing I knew, I was heading home. My first experience at the competition was pretty perfect, with twists and turns, but the most important thing of all is that I learned a lesson. I had been nervous and acted like I was “afraid” of the competition. Instead, I should have been proud and determined to show off my best skills to the world! Next time, I will definitely do just that.