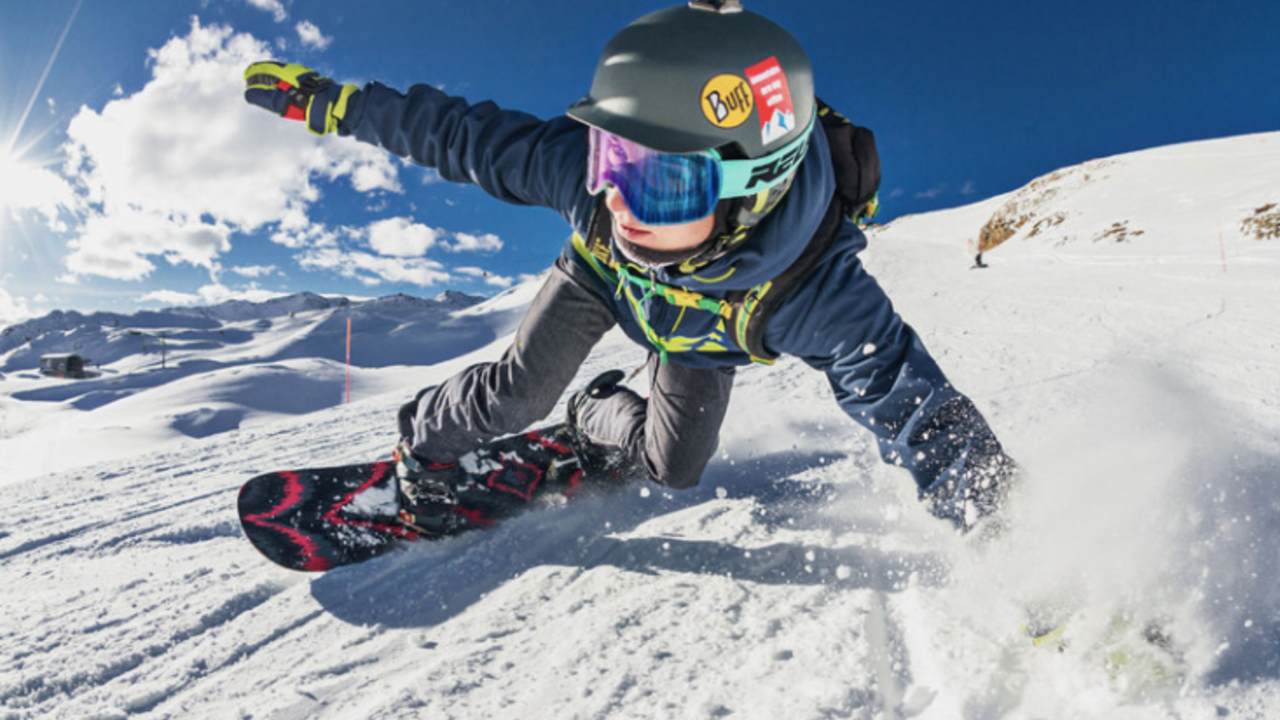 By Anonymous
SWOOOSH! I had just come down the beginners hill at full speed, feeling satisfied with my lesson. I carefully pried off my goggles and a blast of cold air whipped and lashed at my eyes. Although it was sunny, the wind and snow still flew into the little crevasses of space in my coat. The stunningly white mountain glistened like a jeweler's pearl. I cleaned the snow off my snowboard as I slowly trudged toward the familiar lines of tables, which was across from the main ski area, where my family sat.
I slid into my seat, exhausted, eating beef jerky and admiring the sheer size of the whole resort. There were Tens of trails including a trick park. It was more massive than I could ever imagine, and yet they called this “one of the smaller ski resorts.” I could never imagine what a big resort would look like. My mind drifted off from thinking about a big ski resort to a big slope. I had just started snowboarding yesterday! A small jolt snapped me back to reality as my father slapped my back. The coat absorbed most of the force. He gestured to me to go back out and snowboard some more. After all, this was only a three day trip. I ventured back out, through the clumps of people coming into the main area. There were so many places that I had thought of going, to but I was too afraid of the endless streams of negative possibilities. So, there I stood, listening to the creaek of the ski lift. Breathing in the sharp, cold, winter air. Eyeing the tall, looming mountain with interest as if we were having a “staredown.”
I eventually forgot about the bad outcomes. After all, it was a vacation right? My ambition and excitement snatched and pulled my body like a giant robotic hand moving me towards the ski lift one step at a time. It was only when I surpassed the gates of the line that I started to realize what I had just got myself into. I had just entered the line to the tallest point of the whole resort! Just as I began to turn around, two chattering skiers slid right behind me. Then people started squeezing into the line, one by one, until I couldn’t count anymore. Having full attention on the incoming skiers, I had also begun to notice every minute or so, the line got ever so slightly shorter. So I waited an anxious two minutes that felt like “it lasted a few” long, tired hours. I had mixed feelings regarding whether to bail out at the end or stay. It was like I had and angel and a devil on my shoulders, both coaxing me to do what is right or wrong. The line shortened until there were just 4 people in front of me. The line quickly receded until I was the next person in line. The final moments came as the chair lift, which came from behind, honed in on me. I could now feel the blood coursing faster through my veins every second. I was petrified by fear but also by intention of ambition so I couldn’t jump out of the way at the last second. Creaking and groaning as it came in, the chairlift scooped me up, and I immediately pulled down the safety bar as my feet dangled from a height that rose each passing second.
Closing my eyes, I felt nothing but emptiness until I heard the familiar sound of people yelling and talking. I opened my eyes at the exact right second to see that I was coming to the end of the lift. Being as clumsy as I am, I stumbled over myself as I went down the ramp, cold snow poking at my face. I stood up and looked down to see the most elegant, yet somewhat heart wrenching trail. The twists and turns looked like a spiral that I could get lost in forever. However, this was not what I expected at all. When I thought of the “top of the mountain,” I thought of a Black Diamond type of slope. Not a beautiful winding path with multiple slopes and hills. The way I would make it down this mountain was with patience, calmness, and determination. I carefully slid down the slope, my board scraping the snow. The sight of the twists and turns made me uneasy, but I remembered how to steer my board and I made it through. Eventually, I made it down the mountain with more ease than I expected. The glistening snow made a very soft swiping sound as I slipped past. I began to realize the cause of my fear I had was only from my inexperience. I was not afraid of heights, the cold, or falling. My mindset changed from being scared to try new things, to being comfortable with an unfamiliar experience.