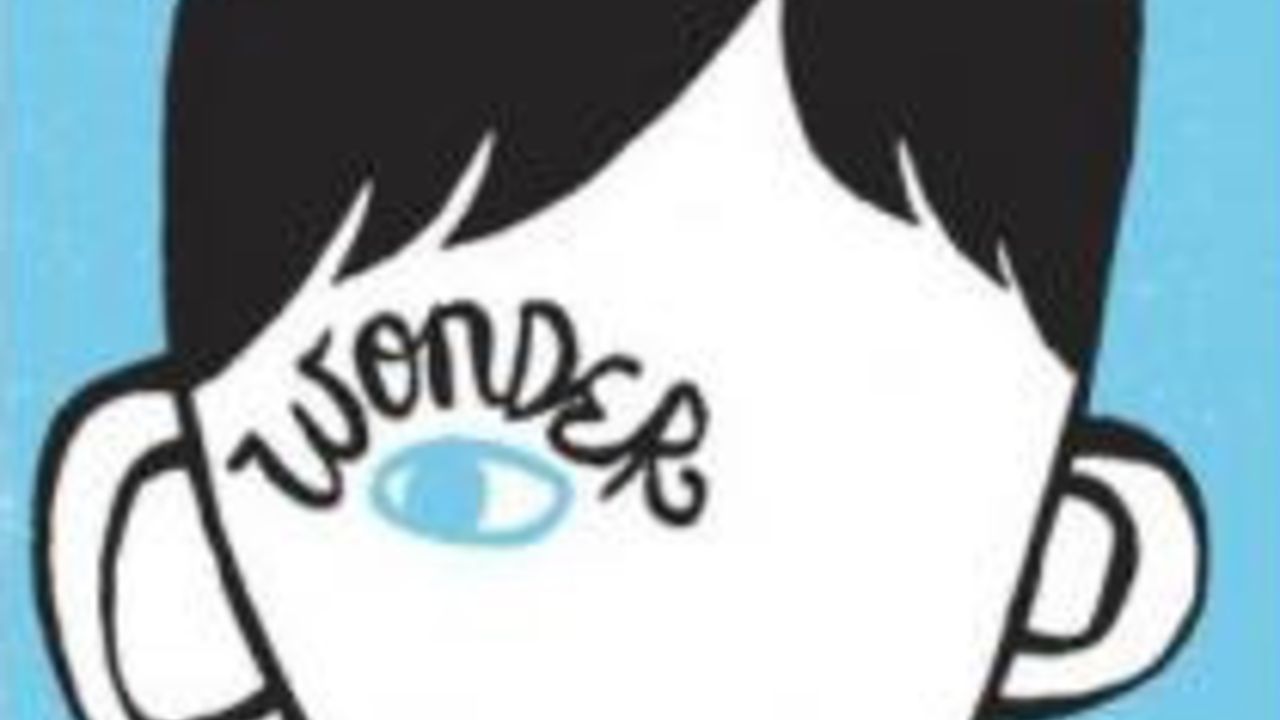 By: Hannah Qian
Wonder, by R.J. Palacio, is the story of a 10 year old boy, August, who has a deformed face and has never been to public school before. August goes to school at Beecher Prep Middle School, a public school in New York. While at school, it is hard for August to make friends, but he ends up making friends with Jack and Summer. Also, a mean guy from school is Julian, who bullies August. As his first year of middle school starts to end, the class goes on a field trip to Broardwood Nature Reserve. They are watching a movie and Jack needs to go to the bathroom, he doesn’t want to wait in line so went to do his stuff in the woods. After he goes they are heading back, but then came tall seventh graders. They are really mean to August, push Jack and August down to their backs, and punch them too! At the end, they run away from them with scratches and bruises on their skin. When they go back, August loses his hearing aids. (The seventh year guy took them.) They go back to the campsite, and it is like nobody notices them. When they go back to school, the fight is like small news only they know, but it happens to start spreading quickly. He comes back home from spring break and it is like nothing happened again.
Part of what makes August such an ordinary boy is that he’s just a boy with a deformed face. Even though August has never been to school before, he does know the basics. For example, he does know how to control himself, not like Jack, who punches Julian in the mouth! Jack says, “ We could have been partners. You don’t have to be friends with that freak if you don’t want to be, you know….. And that’s when I punched him. Right in the mouth.” August is a very relatable character despite his differences.
Another thing: August is a really brave kid to go to public school with his face deformed. Even though people say mean things, he just walks away. It’s like he doesn't even care about it. He doesn’t react. Also, he makes lots of friends at the end! Summer said, “So, I just went over and sat with him. Not a biggie. I wish people would stop trying to turn this into something major.” August is really brave to have someone talk to him and sit with him. A kid picks this book up and he tells a friend like August that that friend could go to school.
Wonder is very well-written; you should totally try and read it. (Especially for those of you that have something different in you!) Palacio’s writing has a lot of dynamic characters who seem to leap off the page. The characters are very likable, too!