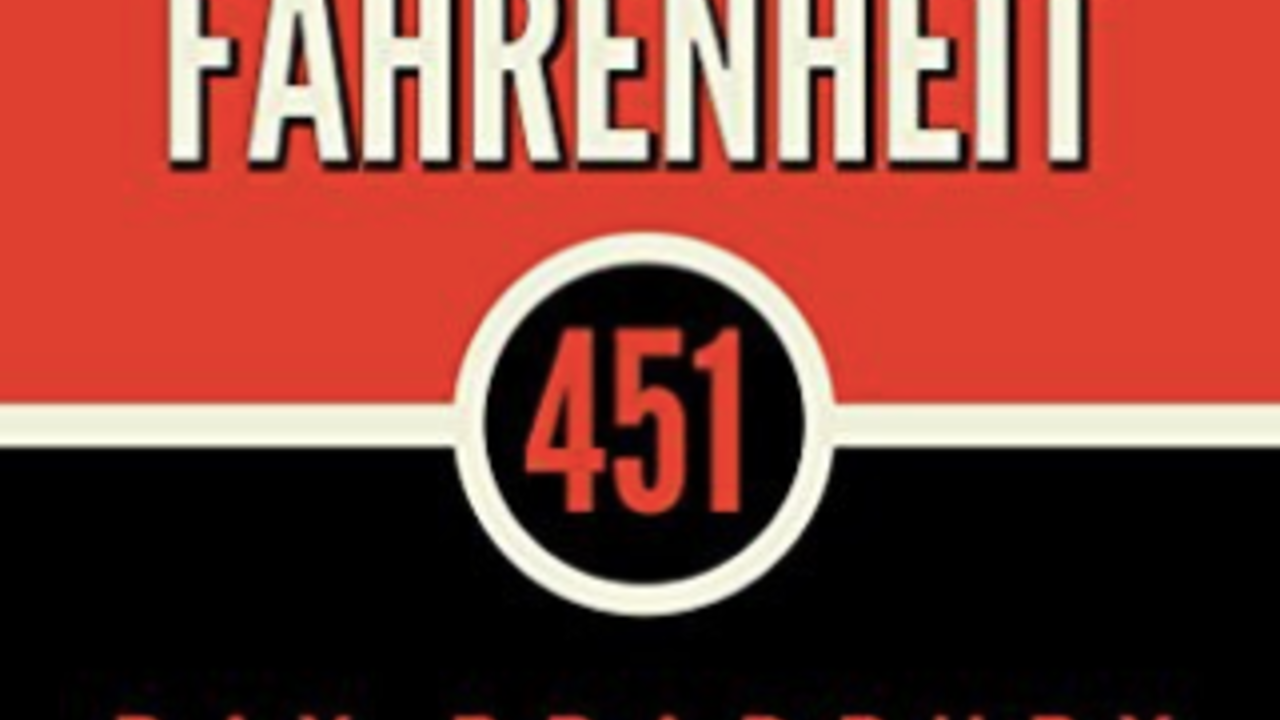 By: Aarya Tyagi
10/10
Fahrenheit 451 tells the story of Guy Montag, a naive man in a future dystopian society that has banned the possession of books. Guy’s job is to burn books that citizens are illegally keeping. In an encounter with a new neighbor, Guy starts to question his decisions, and wonders why he has been burning books in the first place, as they contain so much knowledge and wisdom. He tries explaining it to his wife and the people around him, but with the advances in technology, they are all addicted to their TVs, and nobody cares to listen to him. He soon gets in contact with a group of fugitives who have been outcast for their love of reading, even in this age of mass censorship and carefree attitude towards books. After rebelling and killing his malevolent boss, Montag goes on the run, evading a bloodthirsty mechanical hound, and with the help of the outcasts, Montag makes it into the countryside just in time for the city to be nuked due to an ongoing war.
The writing style of Fahrenheit 451 is lyrical and descriptive. Bradbury’s poetic prose involves similes, metaphors, and personification. For instance, close to the end of the novel when Montag is wading downriver, the narrator describes the river as “mild and leisurely, going away from the people who ate shadows for breakfast and steam for lunch and vapors for supper.” Here Bradbury utilizes figurative language to describe the culturally starved citizens who survive on nothing but mirages of achievements and meaningless entertainments - which he describes as “shadows,” “steam,” and “vapors.”
Bradbury’s lyrical and adjective-heavy writing style enriches the story, propelling it with symbolic meaning. For example, Fahrenheit 451 contains a theme involving fire. Fire appears throughout the novel, but the symbolic meaning of fire undergoes a transformation over the course of the story. Bradbury’s use of figurative language plays an important role in this transformation. Readers are able to imagine the story’s plot line rather than monotonously absorb the words off of the page.
Ray Bradbury also manages to profusely include vivid imagery in his work. He has a way of making his words come alive on the page. His imagery appeals to the senses and accurately describes things in ways one would never think to describe them. Here, Bradbury uses vivid imagery to characterize both the concrete and the abstract: “Sucking all the night into his mouth and blowing it out pale, with all the blackness left heavily inside himself.” One can clearly imagine Montag breathing deeply in the cold, dark night, exhaling a light white cloud. Readers may also empathize with him as he questions and digests all the bad things in the world, unable to breeze quickly by them as the other people do. The world “heavily” emphasizes the melancholy sensation of feeling and experiencing things as completely as he does. This is just one example of how Bradbury utilizes his writing style to create a more visual world for his readers.
The most interesting part about the novel is the extent to which the author illustrates the length to which Montag is willing to go for his beliefs. Montag undergoes an internal emotional and moral journey from a character who burns books gleefully and with a smile on his face to someone who is willing to risk his job, his marriage, his house, and eventually his life, all for the sake of books. I found this plotline to be quite compelling. This man, who is a product of a culture that devalues reading and values easy, thoughtless entertainments designed to dull the mind and prevent any serious thought, comes to find literature so essential that he would kill for it. Literally.
To wrap it all up, the reason that books such as Fahrenheit 451 are so important to our lives and to the health of our society is not that they give us answers, but because they make us, as the readers, ask the questions. Good books are the books that stay with you for years after you read them, the books that change your view of the world or your way of thinking. Fahrenheit 451 is an example of one such book. It isn’t simple to read. It isn’t about the surface; it requires intellectual depth. It is thought-provoking. It requires effort on the part of the reader. You get out of a book what you put into the reading of it, and in that way Fahrenheit 451 is one of the most intellectually satisfying books you will ever read.