Book Review: Aru Shah and the Song of Death 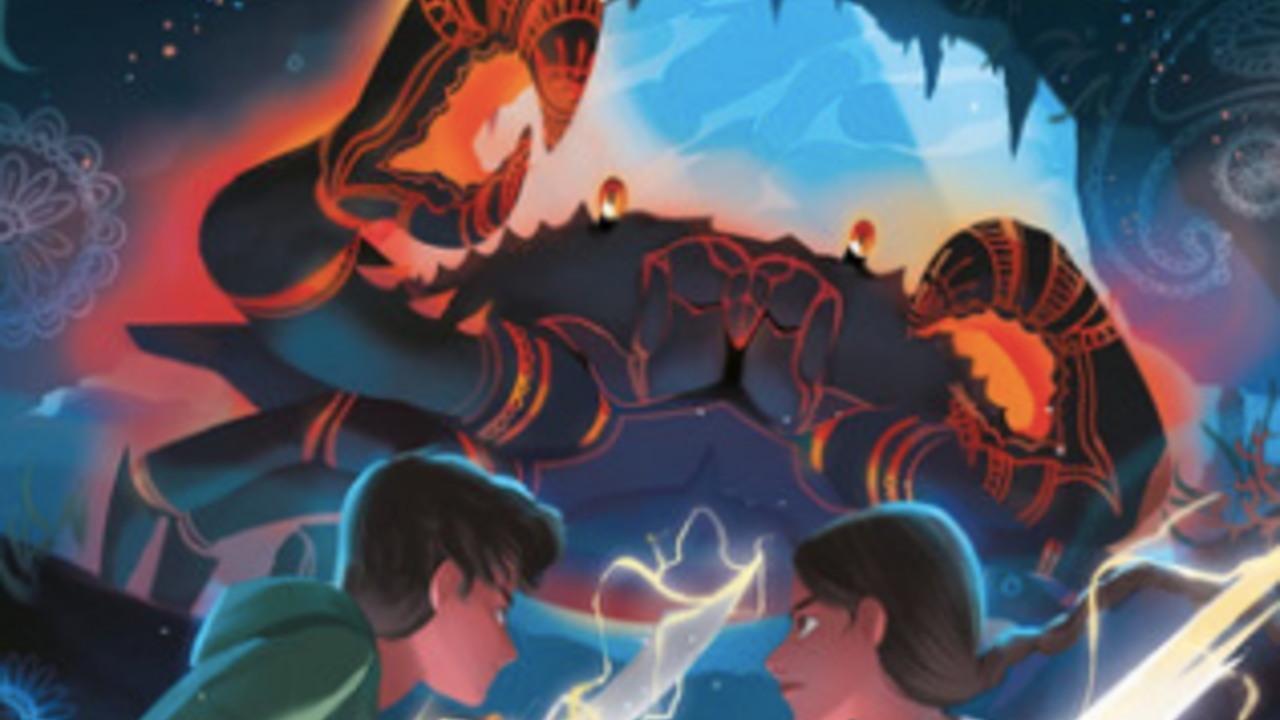 By: Bhavya Adhyaksham
8/10
Aru Shah And The Song Of Death is about Aru Shah and her friend and soul sister Mini. Aru and Mini have the souls of the pandava brothers Yudhistra and Arjuna. The pandavas are kind, skillful warriors. There are five pandava brothers: Yudhistra, Bhima, Arjuna, Nahula, and Sahadeva. In the middle of a lesson that is part of their pandava training, the other world alarm rings, an alarm that alerts everyone that a powerful weapon is under attack. Kama’s bow and arrows have been stolen and are used to turn millions of men into the heartless. Aru and Mini see their third pandava sister holding it, but she runs away. Mini and Aru were fighting the heartless when they see their Pandava sister fighting with someone that looked like Aru. The imposter Aru gets away with the bow and arrow, and Aru and Mini meet their pandava sibling, Brynne. The Pandavas have been accused of stealing the bow and arrow because Uloopi and Takshaka see Brynne and the imposter Aru with the bow and arrow. Uloopi makes them retrieve the bow and arrow.The pandavas set out on their journey and find the song of death, kill the thief, and retrieve the bow of arrow.
Part of what makes Aru a likable character is her selflessness. Aru cares a lot about Mini, and often shows it in dramatic ways. Even though she does not get along with Brynne in the beginning, she cares deeply about Mini. For example, one time, Aru teases Mini. When Mini gets upset, Aru explains that she was only joking, but automatically feels bad and apologizes, Aru said, “Hey Mini I’m sorry I was only joking.” Another time, when Mini is taken by Nagas, Aru thought, “It’s my fault Mini was taken even though Brynne was supposed to shield her, I should have protected her, we must get her back.” Aru’s selflessness and care for Mini makes her a likeable character.
Another part that makes Aru a likeable character is her intelligence. Aru is intelligent, because when Varuna, her pet crab, says “Come in my mouth,” she gets Brynne to shapeshift into a bug and climb inside Varuna’s mouth. Then, Aru tells Brynne to come out before the crab closes his mouth.. Some people may not have thought of this. Aru’s intelligence is worth admiring.
Another part of what makes Aru a likeable character are her flaws. Even though Aru has the soul of the great Arjuna, she is nothing like him. She doesn't know how to use a bow and arrow. She is not a warrior, and she makes many mistakes. She cannot even defeat the sleeper. Aru may not be like the great warrior Arjuna, but she is great at being herself.
Aru Shah And The Song Of Death is a well worth the read. Roshani Chokshi creates dynamic, selfless characters that leap off the page and into the reader's heart. Aru and her friends are flawed, dynamic, and well-rounded and likeable. Chokshi is a great descriptive writer. Chokshi’s books are funny, adventurous and detailed. It is related to Hindu Mythology. You might want to try it if you don’t know about the pandavas from Hindu mythology. Readers will fall in love with Chokshi’s books and read them over and over again. They may never want to stop.