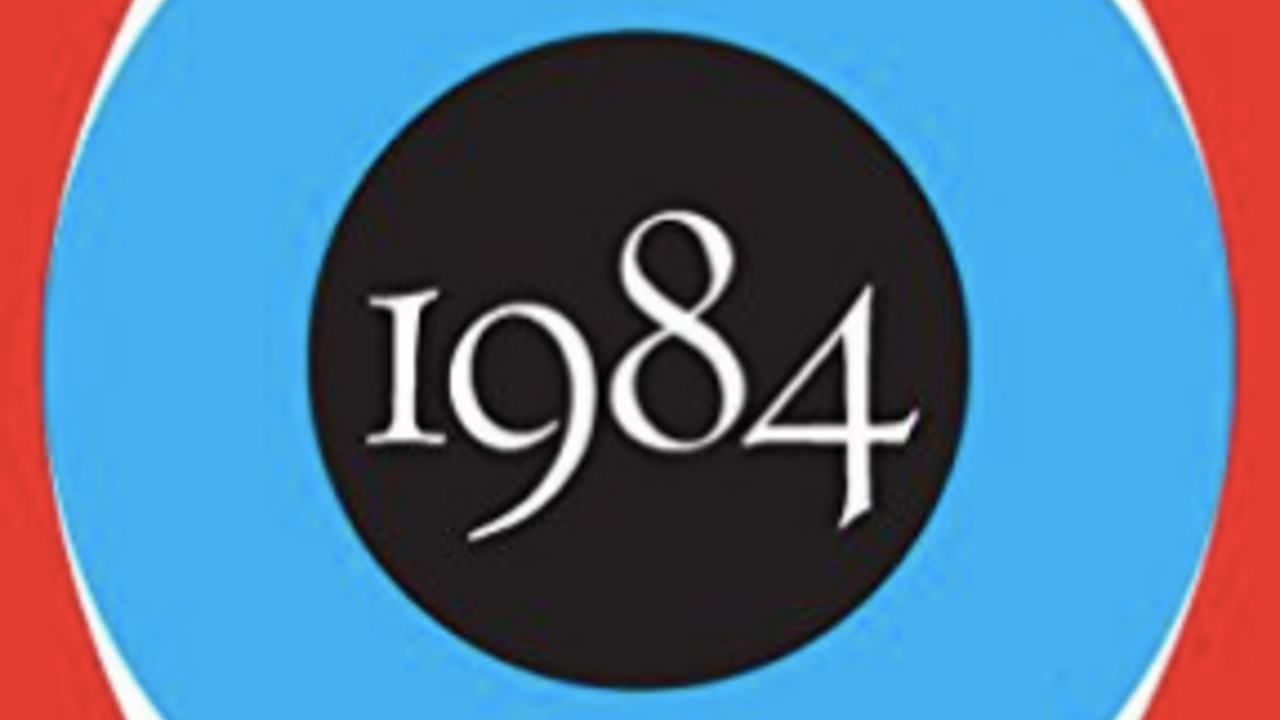 By: Lydia Tong
7/10
The year is 1984. In George Orwell’s classic novel, a dominant empire, Oceania, has taken over the entire world. Winston, the protagonist, meets Julia, another citizen of Oceania who despises the Party, the ruling governmental body. The two begin an affair and join the Brotherhood, a group of rebels. Spies on either side scurry the continent, and day by day, Winston becomes more convinced that O’Brien, a high ranked government official, is secretly in the Brotherhood. are putting their lives, memories and families at stake. A member of the Thought Police, a branch of the Party, catches Winston and Julia. As a punishment, the Party brainwashes Winston and Julia so that they do not feel an ounce of love for each other.
Winston commits his first crime when he purchases an illegal diary. Because he bought it, he is breaking the law because he is writing out his thoughts. Orwell makes him sound crazy and mad. “His pen had slid voluptuously over the smooth paper, printing in large neat capitals - DOWN WITH BIG BROTHER,” Orwell writes. This makes the audience form a dislike and annoyance toward Winston.
Winston meets Julia when she slips him a note that says “I love you.” Winston is hesitant at first but their relationship eventually blossoms into an affair. “For several seconds he was too stunned even to throw the incriminating thing into the memory hole,” Orwell writes, making their relationship sound forbidden, and in turn, making the audience root for the couple. This raises their stake and investment in the progression of the novel.
Nonetheless, Winston and Julia trust the wrong people—specifically, O’Brien and Mr. Charrington. They hid a telescreen, a machine tracking your every move and voice, in the second-floor bedroom where Winston and Julia meet quite often. “'You are the dead,' said an iron voice behind them.” The audience is surprised because Orwell makes Mr. Charrington seem so nice and trustworthy.
In conclusion, Winston and Julia were sentenced to the Ministry of Love to be brainwashed. Winston broke their trust and love by giving the pain of the punishment (rats) to Julia. 1984 is definitely a worthwhile book to read. This novel is so descriptive and the plot is surprising and dense. Orwell does a fantastic job in creating this dystopian world.